The Philippine Embassy commended the Order of the Knights of Rizal (KOR), The Netherlands and Belgium Chapters, for upholding and fostering the ideals of Philippine National Hero Jose Rizal and thanked its members for their support to the activities of the Philippine Embassies in The Hague and Brussels, respectively.
The commendation was made by Ambassador to The Netherlands J. Eduardo Malaya during a courtesy call by officers of said chapters on 30 July.
The delegation consisted of Regional Commander of Europe Sir Albert Arevalo, KGOR; Sir Anton Lutter, KCR – The Hague Chapter Commander; Sir Tony Guansing, KGCR-Past Regional Commander and former Philippine Honorary Consul in Antwerp, Belgium; Sir Rev. Fr. Jordgedy Bago, KGOR-Spiritual Adviser Europe; and Sir Lino Paras, KGCR-Pro Patria Awardee and Over-all Adviser Europe Region.
Ambassador Malaya presented Mr. Lutter a Kris dagger, and Messrs Arevalo and Paras copies each of his book “Stewards of the Nation: Aguinaldo to Duterte and their Inaugural Visions,” as tokens of appreciation.
Mr. Lutter, Commander of The Hague Chapter, is a compliance specialist and data protection officer, a Member of the Program Board of the Museum Sophiahop and the author of the new book “Burgemeesters in Nederlands-Indie 1916 – 1942” (Mayors in the Netherlands-Indies 1916-1942).
The Order of the Knights of Rizal is the sole order of knighthood in the Philippines. Organized on 30 December 1911, the KOR aims to honor the heroism, sacrifices and works of Dr. Jose Rizal by upholding and propagating his legacy and ideals, not only among the Filipinos, but also to other foreign nationals who share the same spirit of “Rizalian” virtues, patriotism and internationalism. The Order was granted a legislative charter by President Elpidio Quirino as a non-sectarian, non-partisan, civic, patriotic, and cultural organization under Republic Act 646 on June 14, 1951. Since its founding, the Order has grown to more than 25,000 members belonging to 131 active chapters in the Philippines and 61 active chapters around the world.
Source: FB page Philippine Embassy in The Netherlands

Today, we commemorate the anniversary of Rizal’s Letter to the Women of Malolos, written on this day in 1889. Rizal was really impressed by their bold move and aspiration of the 20 brave women of Malolos, Bulacan to study and … END_OF_DOCUMENT_TOKEN_TO_BE_REPLACED

The Order of Knights of Rizal together with the Embassy of the Philippines in The Hague launched Gerard Arp’s Dutch translation of El Filibusterismo, written in the 19th century by Jose Rizal, the national hero of The Philippines. Last year during the embassies Independence Day reception Rizal’s Noli Me Tangere was presented to Jaime Victor Ledda, the ambassador of The Philippines to The Netherlands. 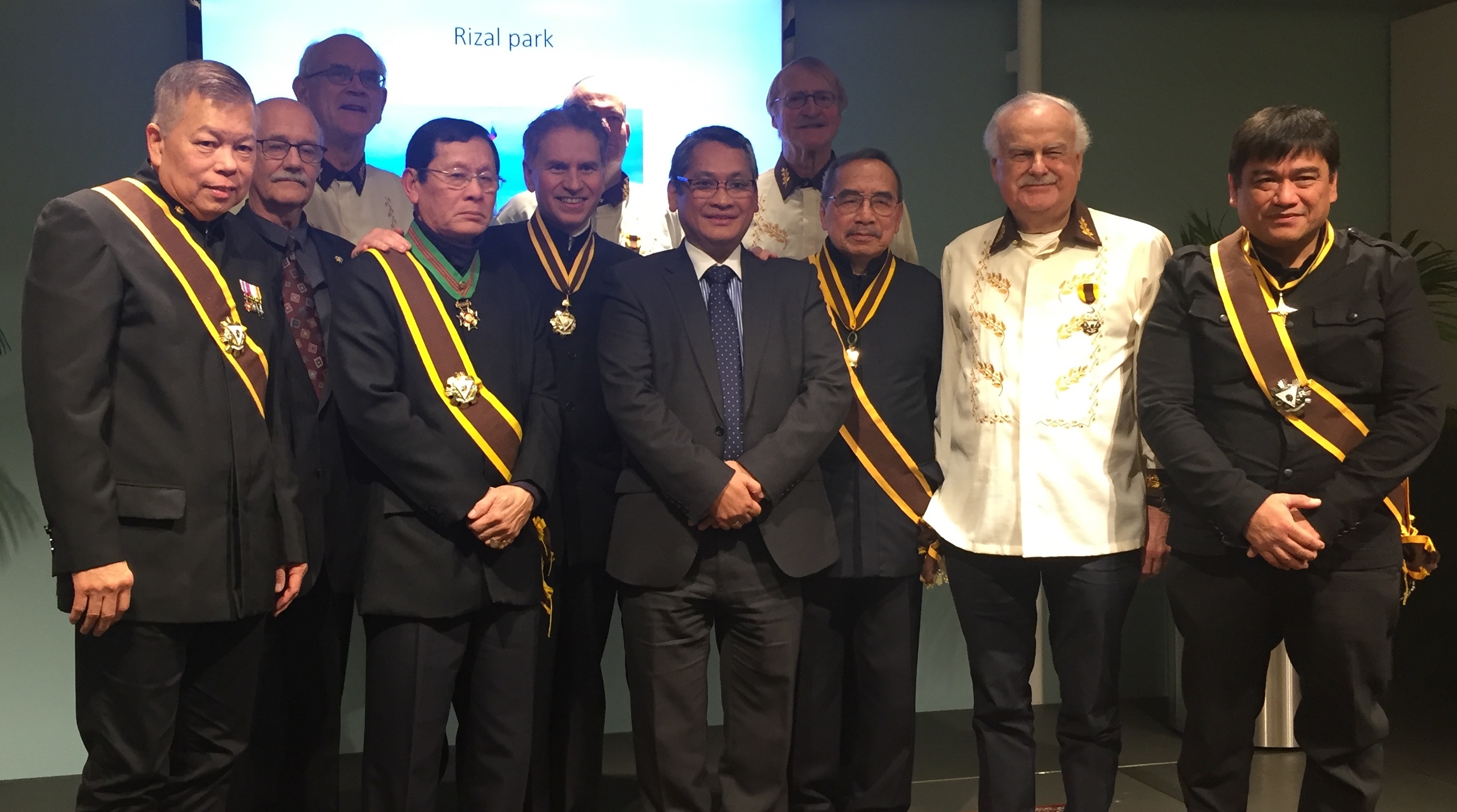 Ambassador Ledda held an interesting expose about Dr. Jose Rizal and his connection with The Netherlands. He mentioned the fact – although Rizal – never visited The Netherlands, the El Filibusterismo was clearly influenced by one of Netherlands’ greatest literary works the 19th century Max Havelaar by Multatuli. After ambassador Ledda, the renowned Rizal scholar from Belgium Lucien Spittael entertained the attendants with a visual history of Rizal’s life in Europe, which brought us through countries like Great Britain, Swiss, Germany, France and Belgium. Finally, Jan Mulder’s lecture placed Rizal in the historical context of the 19th century in comparison with the Netherlands-Indies (nowadays Indonesia). This included also the earlier mentioned author Multatuli, who was in fact the civil servant Eduard Douwes Dekker, who wrote the Max Havelaar based on his experiences in in the residency Banten on Java. Ofcourse the first exemplar of El Filibusterismo, translated from the original Spanish version, as De Revolutie, was presented to Ambassador Ledda by the translator and publisher Gerard Arp. The former profusely thanked Mr. Arp for his contribution to promote the legacy of Dr. Jose Rizal, by publishing this Dutch translation. 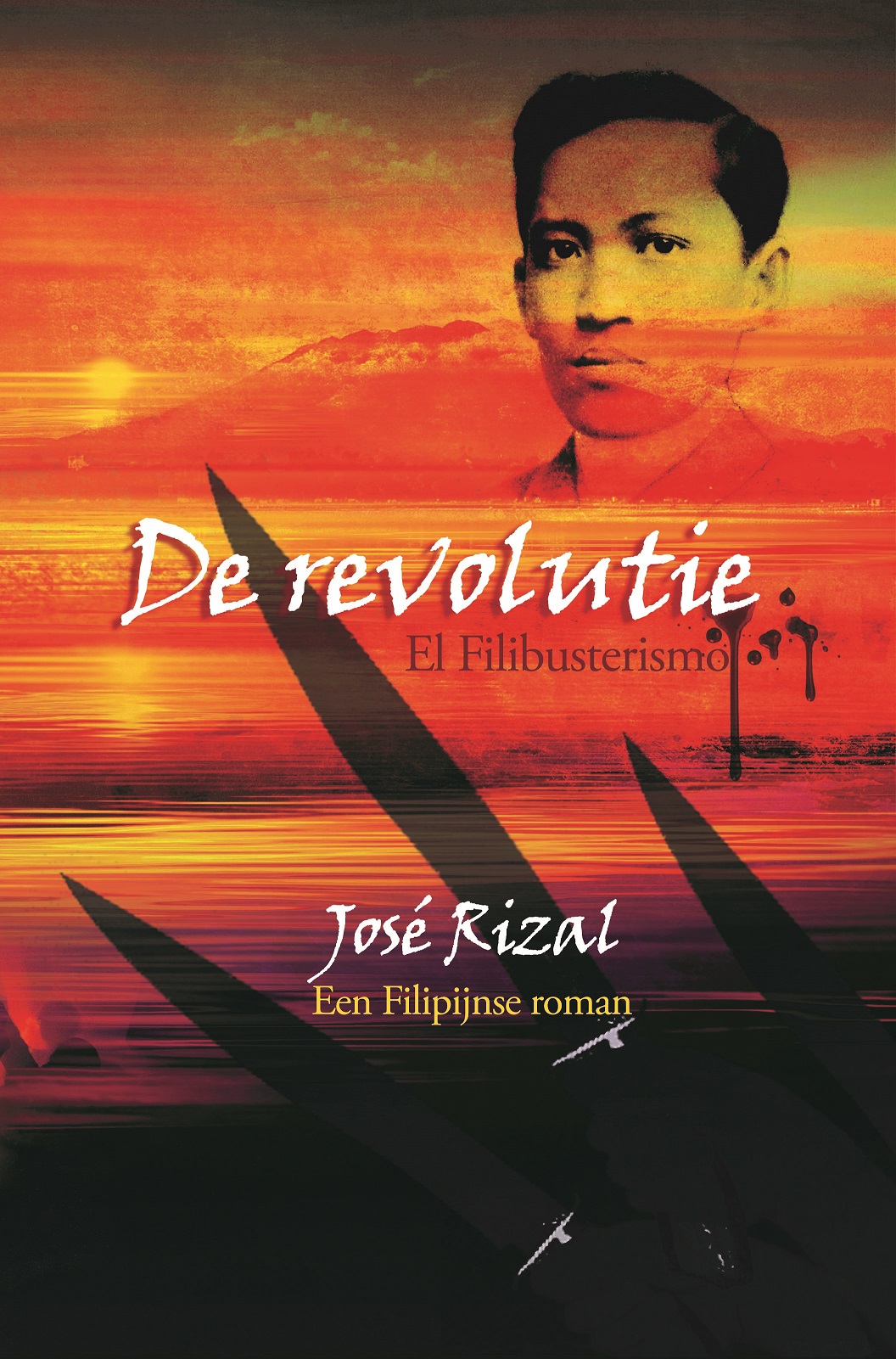 The gathering took place on the 6th of February at Museum Sopiahof and included many guests from Philippine’s Diaspora, board members of the Multatuli Genootschap, academe as well as many others. From the diplomatic corps we noticed the deputy head of the Embassy of Indonesia Minister Fikry Cassidy, the Chargé d’affaires ad interim of the Embassy of Malaysia Dr. Mohd Norhisyam Mohd Yusof, the Minister Plenipotentiary of Curaçao Anthony Begida, the Minister Plenipotentiary of Sint Maarten Rene Violenus and the Honorary Consul-General of The Philippines at Amsterdam Eppo Horlings, also a Knight of Rizal. 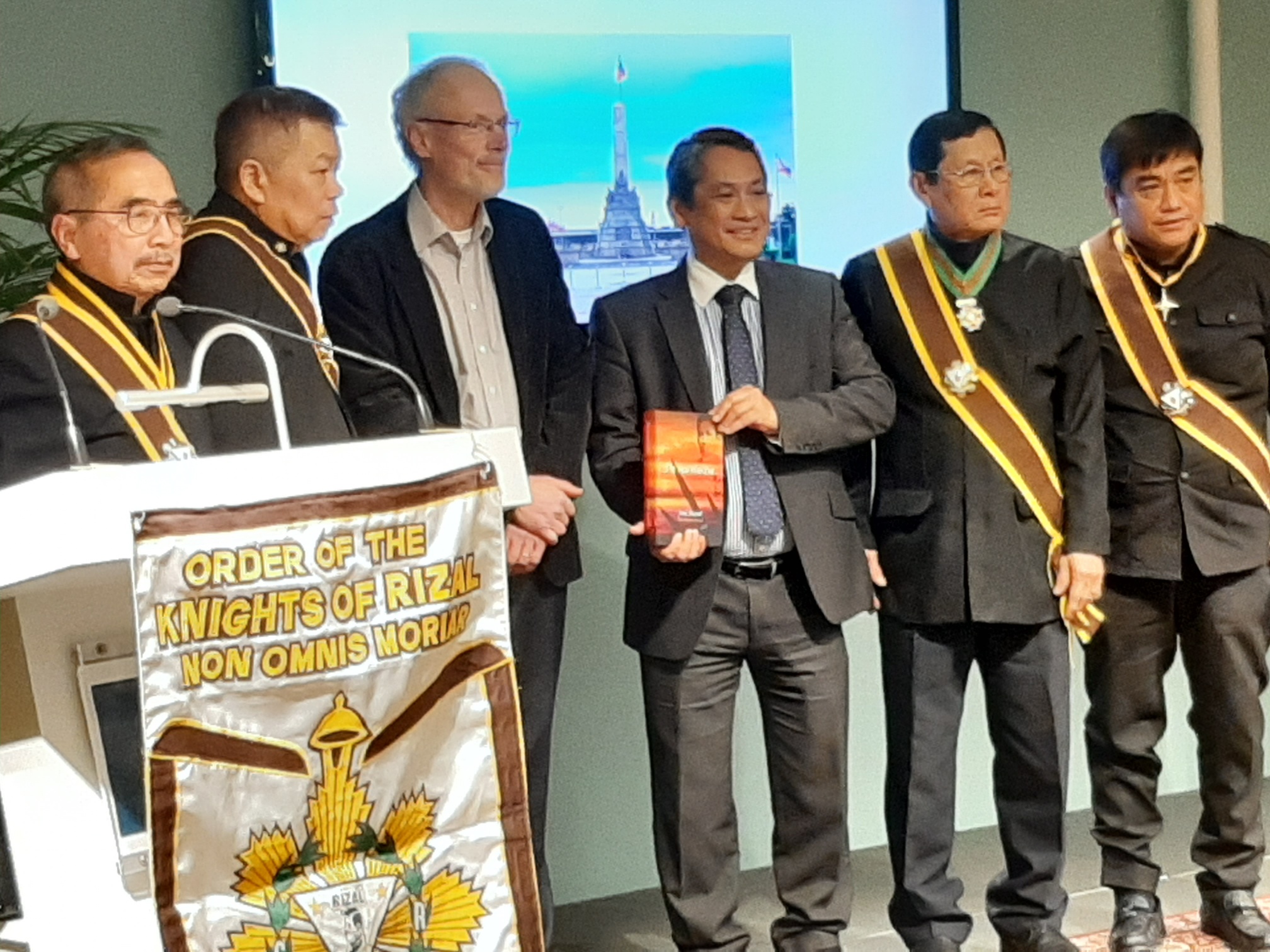 The Order of the Knights of Rizal is the sole official order of knighthood in The Philippines and created to honor and uphold the ideals of José Rizal. Organized on a global scale its headed in The Netherlands by The Hague chapter commander Sir Anton Lutter, KCR. Next to the Dutch members a large delegation from Brussels attended the launching. Including the European Regional Commander Sir Albert Arevalo, KGOR and deputy Sir Juanito Villa, KGOR, former European commanders Honorary Consul Sir Tony Guansing, KGCR and Sir Lino Paras, KGCR. The latter being the sole person ever to have been awarded the Pro Patria Award outside of The Philippines. Of interest to note is that Ambassador has been the chapter commander of the El Filibusterismo chapter in Brussels, earlier in his career.

Area Commander Sir Alfonso Taguiang, Knight Grand Officer of Rizal, was at the helm of the event.

The celebration also marked the 130th year of publication of Dr. Jose Rizal’s Specimens of Tagal Folklore (May 1889), Two Eastern Fables (July 1889) and his annotations of Antonio de Morga’s Sucesos de las Islas Filipinas, a product of his numerous visits to the British Museum.

END_OF_DOCUMENT_TOKEN_TO_BE_REPLACED

The Republic of The Philippines has one order of knighthood, founded in 1911to commemorate the martyrdom of Philippine national hero, Dr. José Rizal.The order is internationally organized and has about 200 chapters all over the world including Europe.

Once in every two years an assembly of knights from Europe is held, this time in London 30 August – 1 September 2019. Delegates who attended the 17th European Regional Assembly came amongst others from Belgium, Czech Republic, Germany, Italy The Netherlands and of course the United Kingdom.

The first day included a visit to The Philippines embassy not far from the famous Trafalgar Square, where knights and ladies were received at the Sentro Rizal by the deputy chief of mission and consul-general Senen Mangalile , hosting an exquisite reception afterwards.

The actual conference – at Baden Powell House in Kensington – was organized under the leadership of the regional commander of the UK Sir Alfonso Taguiang , KGOR and Lady Aurea Taguiang and their team, with their hospitality and kindness they made everyone feel welcome. The first message was delivered by Sir Albert Arevalo, KGOR the regional commander for Europe, followed by highly interesting keynote speeches by Ybanez, San Juan and Esguerra, about the different aspects of Rizal and his relevance for the world we now live in.

After the ceremonies which are typical for an order of knighthood, it was of great joy that the overall adviser for Europe and master of ceremony at the conference Sir Felino Paras , KGCR – from Brussels – had been awarded the Pro Patria Award for his decades of service to order and Filipino community. The Pro Patria Award is not only the highest award within the Order of Knights of Rizal, it has never been awarded -save 2 others – to non-supreme council members.

The commander of The Hague chapter from The Netherlands Sir Anton Lutter, KCR, was given the honor to present the recent new Dutch translation of Jose Rizal’s first book the Noli Me Tangere written in 1887, to the supreme commander. The Dutch Noli will be part of the extensive collection at international headquarters in Manila. The day ended with a magnificent gala dinner and ball at the Millennium Gloucester Hotel, which included a Philippines cultural program. The next day started by mass celebrated by Fr. Jorgedy Bago , catholic priest of Filipino community in Antwerp which was followed up by a fraternal message from the supreme commander Sir Elihu Ybanez , KGCR which concluded the 3 day assembly in London.